In recognition of National Human Trafficking Awareness Day on Jan. 11, Dunwoody’s Mayor and City Council will emphasize the importance of education and training for all.

Dunwoody Mayor Lynn Deutsch will issue a proclamation recognizing training and education as important tools to fight sex trafficking, and she’ll call on city employees and residents to do their part. The proclamation will be presented during the Dunwoody City Council meeting on Jan. 10.

Dunwoody City Council Member Tom Lambert is spearheading the effort. “Dunwoody is already leading the way in fighting sex trafficking through enforcement and prosecution,” he said. “This proclamation goes a step further by encouraging all of us to learn how we can play a role protecting victims.”

The online training, provided for free by the Safe House Project, helps individuals understand what trafficking looks like in their community and provides actionable steps to report suspected trafficking. This aligns with similar training already required of officers with the Dunwoody Police Department.

“With this commitment and proclamation, Dunwoody will become only the second city in the country to earn our ‘City of Freedom’ seal,” said Kristi Wells, CEO of Safe House Project, a national anti-trafficking organization. “This shows the city’s commitment to education and awareness as critical steps to end sex trafficking.”

In October, Dunwoody City Council unanimously approved an ordinance to make sex sting operations at hotels more effective by removing vague language that made it difficult to prosecute pimps. The ordinance also makes it illegal to transport people for the purpose of prostitution or sex solicitation. Dunwoody Police have made at least 10 prostitution, soliciting or pimping arrests each year since 2016. 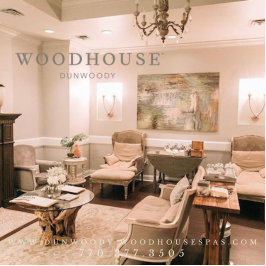 Read the latest Travel Talk with Danielle @planit_traveldesigns at the link in bio and then comment below👇to win TWO (yep, TWO!) nights at the awesome @thebenjaminhotel 🏙🍎🗽

See who is hiring ~ more details at the link in bio

We are giving away two tickets to see @tootsiemusical @thefoxtheatre ... the show is tomorrow night at 7:30 (that's Tuesday, 1/25). Comment below if you'd like to win. Winner will be selected and contacted at noon on Tuesday with a digital ticket link. Seats are center orchestra Row W. Link in bio for more details. Good luck! ...

Anyone else playing #wordle? Do we really have to wait for just one puzzle a day!?!? ...

Brunch with friends made even better by avocado toast and bacon 😋🥑🥓

Are you thinking "but wait, I celebrate this every day!"

How to celebrate? 1.) eat some cheese 2.) create a cheese board 3.) try some wine and cheese pairings 4.) make a cheese recipe 5.) eat more cheese

#Repost @dunwoodypolice
・・・
Whoever left the snowman on Dunwoody Village Pkwy, we recruited him and he is set to start the police academy next month. (Well, whatever is left of him.) ...

The snow in Meadowlake is beautiful ❄️ ...

A few of our picks for things to do during this long weekend! ❄