Dunwoody High Sports to soon be in Region with Lakeside, Marist, SPX and more neighbors!

Dunwoody High will be moved to the 6A football classification and into region 4 next school year.

Collins Hill has the No. 1-ranked football team in Class 7A. Buford is No. 1 in 6A. In a year, they will be chasing the same championship, part of the new Region 8-7A released Thursday by the Georgia High School Association.

The new regions, effective for the 2022-23 academic year, will foster new rivalries, and some schools will be watched more closely than others.

Buford has won 49 state titles in various sports this century, 12 in football, across six classifications, starting in Class A in 2001. For the first time next year, the Wolves will be in the highest class with fellow Gwinnett County schools Collins Hill, Mill Creek and others.

Roswell and Blessed Trinity, crosstown rivals that rarely compete against each other, will find themselves in Region 7-6A together next year. Roswell is down from 7A while Blessed Trinity is moving up.  Continue at GHSA Daily 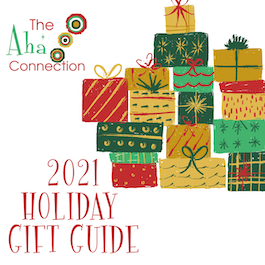 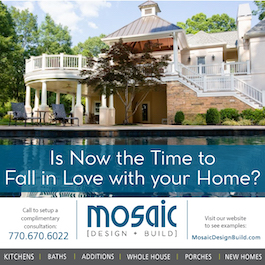 #Repost @visitsandysprings
・・・
We had a magical time at the Sparkle Sandy Springs holiday celebration and parade last night! ✨ You can still see all the lights and tiny houses in the Sparkle Village at @visitcitysprings until the end of the month. ...

Our Annual Holiday Gift Guide is live on the website and is full of local business specials and plenty of gift ideas for everyone on your list! Check it out on the website or here - https://conta.cc/3Gb5O2f

Did someone say #nationalcookieday? This calls for a trip to @crumblcookies 🍪

So much to do in and around Dunwoody this weekend. Visit the events page on our website at the link in bio for all the details.

#Repost @dunwoodyparksandrec
・・・
Hollywood Holidays is open!
Display is on through December 27! ...

Epic Santa photo fail for Aha! staffer @psmith531 - head over to our Facebook page and show us your best Santa photos 🤣🤦🏻‍♀️👀📷🎅🏼

Congrats to all of our friends @mistycreekchurch ⛪️

Link in bio for more or
https://www.theahaconnection.com/small-church-with-a-big-god-accomplishes-the-impossible/ ...

Today is National Giving Day and we've compiled a list of local non-profits at the link in bio or below ... thanks to our friends @dunwoodynaturecenter for reminding us about this important day!

This weeks Giveaways are 🔥
- Win SCULPT (50-minute signature facial) from @woodhousedunwoody!
- @lindaricklesinteriors is offering a Color Consultation for one area or room in your home!
- Snag a free Keratin treatment from @riley_salon!

Comment below👇 OR on our website to enter to win. Remember you must be an Aha! subscriber (subscribe at link in bio or here http://bit.ly/ahasubscribers). Good luck!

Check out this weekend's top events. Link in bio or more here: https://www.theahaconnection.com/events/

We wish everyone a Thanksgiving Day full of food, friends, family, laughter and gratitude.