Dunwoody’s Public Schools – Overcrowding, Redistricting, Deforestation, Who’s To Blame and How You can Help!

By Lauren Townsend for The Aha! Connection

At the beginning of July, Facebook exploded with images of portables teetering on cinder blocks on Dunwoody High School’s deforestation. Most were shocked when the tall trees at the corner of Vermack and Womack roads were completely leveled over spring break but outraged when faced with their replacement. At the same time, three Dunwoody parents were trying to find focus and mission to advocate for the public schools in the Dunwoody area. These parents, motivated with the “learning cottages” on the DHS lawn, started to shine a light on the fact that DeKalb County School District did not have a plan for overcrowding as these trailers were being thrown up a month shy of school starting. (note from Audra – I’ve heard from 3 sources that DHS’ Principal Cole has announced to several groups that at some point in the near future more learning cottages will be added to the corner of Vanderlyn and Vermack Roads therefore we will be saying goodbye to the trees on that corner as well.)

I follow the Educate Dunwoody Facebook page and I read the posts. I understand there is a problem, but I start seeing terms, names, and abbreviations that may as well be a foreign language and I check out, hoping again, that someone has my children’s education in best interest. I recently realized that this is the attitude that got Dunwoody into the space of very little local control or even input in our children’s schools. And while I will never be an expert, this fight, the fight of elementary and middle school parents is important now for the future. The future of education; the future of property value; the future of Dunwoody. I asked two of the Educate Dunwoody admins to sit down with me and try and explain what’s happening in simple terms.

What in the world is an E-SPLOST anyway?

I’ve lived in Dunwoody for four years and I’ve seen the term E-SPLOST so many times and could never wrap my head around it. The simplest explanation is that it is a one cent sales tax dedicated to education and, even more specifically, educational facilities and maintenance. When E-SPLOST 4 was voted on and passed, there was a specific list of projects to hold the school district and money accountable. In 2017, E-SPLOST 5 was voted on and passed. Many people warned that this was a BAD idea because this E-SPLOST came with no official checklist or specifics, only a list of suggested projects, including the expansion of Dunwoody High School and Peachtree Middle School. E-SPLOST 5 was basically a $561 million-dollar blank check.

How do we fix the E-SPLOST shortage problem?  GO Bond?  Remove Projects?

As it turns out, the cost of those suggested projects was underestimated by roughly $100 million dollars…enter the GO Bond. The GO Bond is a PROPERTY tax over the next 15 years that is meant to supplement the deficit from the E-SPLOST promises but also ADDS new projects. There are several different percentage of tax increases being proposed and thus the most complicated game of school Rubik’s cube begins. For instance, if you agree on X%, DCSD will (for example) remove the PCMS addition from one list of projects, reduce a renovation at Druid Hills HS and will fully fund a Chamblee HS addition. All the parts of all the schools in DeKalb County are connected and it’s more complicated than a Game of Thrones backstory and much like Game of Thrones, it feels like nothing good will happen. The fourth option is of course, vote “no,” but then what happens? Well, projects get taken off the E-SPLOST 5 list and we have no control over which projects those are.  The next GO Bond meeting is September 10, 2019 at Lakeside High School.  Plan to attend but be prepared to be super confused.

Who are the key players in this debacle?

I keep hearing all the names, Stan Jester, Dan Drake and on and on. I didn’t know who to be upset with. I asked several knowledgeable and concerned parents to walk me through a list of key players. First, Stan Jester, the DeKalb County School District elected representative for Dunwoody, Chamblee and Cross Keys areas, seems like a likely candidate to throw my outrage at.  Is he doing a good job or a terrible job? How do I know? Obviously, I don’t. The consensus seems to be that he sometimes seems off-putting, however, he is a great representative who advocates for Dunwoody. Off-putting or not, he remains one of two transparent DCSD representatives and one of the two that inside sources from other districts don’t believe are corrupt on some level. In fact, without his blog, http://factchecker.stanjester.com/, we would not have much of the information on DCSD that is known. While our representative seems like an easy target to blame, the school board representatives can only vote on what is presented to them by the central office. They can’t come up with their own initiatives, only make suggestions.

What can concerned parents do to get involved?

If you have read this far, then you must have a vested interest in what you can do. The easiest and most important thing you can do is show up to Board of Education meetings and wear blue. And by easy, I mean drive to Stone Mountain by 5:45 p.m. on the 2nd Monday of each month. It is a powerful message to the BoE when a member of our community stands up to speak and 100+ people wearing blue stand up with them. On that note, you can agree to speak for 3 minutes on any number of topics that concern you about DCSD. If you want to speak but don’t know what the hell you’re talking about, Educate Dunwoody will work with you on that. So, pack everyone into that Buick Enclave and make a trip to Stone Mountain on Monday (TODAY – September 9th).

The final thing we talked about was, dum, DUM, DUUUUMMMMM redistricting. There will be meetings, the first of which is September 26 at 7 p.m. at Dunwoody High School about elementary schools. The first will be to hear what community members have to say. The second on October 23 will be to present the plans the district has come up with and the third on November 10 will show the order of preference of those plans. With all that in mind, it is important to understand that redistricting will likely happen and needs to. The schools are too full.

We should educate ourselves on the policies of how district lines are drawn. For instance, they shouldn’t draw a line down the middle of a neighborhood, as keeping neighborhoods intact is one of the 3 primary guiding principles for redistricting. And they cannot simply divvy up the apartment complexes evenly between schools; it is actually illegal to zone based on type of housing, only number of occupants. Dunwoody High School is no longer ranked as the top high school and as the overcrowding continues, that score may continue to fall; falling school scores mean lower property values.

Where do the Dunwoody Mayoral and City Council candidates stand on these issues?

Finally…wow… this is a lot longer than I’d initially set out for and even worse, it’s just the tip of the iceberg…there is an election in Dunwoody coming up. We at Aha! tend to stay out of the political back and forth. Plus, many would argue that the city government and the DeKalb County schools are not related, but this is untrue. Our elected officials can demand more oversight, monthly reports from the BoE on what they are doing in OUR community and non-binding resolutions to hold DCSD accountable. The superintendent of DCSD may not take a phone call from you or me, but they probably will from the mayor of Dunwoody, so make sure he or she represents your voice. 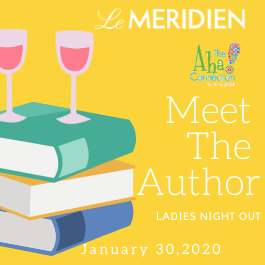