I had never been to Alice Tully Hall in Lincoln Center and was quite thrilled to be on the second row of the balcony with a fishbowl view of the star-studded audience.   We saw Billy Jean King, Ralph Lauren and Valentino all proceeding to their seats.   The president of Paramount Pictures took the stage and introduced the cast members on hand plus the “real” Bernie Taupin.  The introductions were followed by an uproarious pre-movie applause.   Unfortunately, Sir Elton had a performance in Italy and couldn’t be in two places at once.

Once the cast exited the stage, the screen filled with an image of Taron Egerton portraying Elton John walking into re-hab wearing a flamboyant orange sequined and feathered costume.  For the next 121 minutes the audience was treated to a fantastical biopic filled with many of Elton John and Bernie Taupin’s  greatest hits.   The style of Rocketman is unlike any movie I’ve ever seen.   1980’s Elton tells the story through flashback visits to earlier versions of himself starting with how he learned to play piano as a very young boy.    While movie flashbacks are fairly typical, characters breaking out into song and dance scenes while telling much of the story using song lyrics is not.   It kind of reminded me of the style of Grease…but not exactly.

Speaking of Grease, when it was originally released in 1978, my parents would not allow me to see the PG-13 version.   I was thrilled to later be allowed to see a modified more PG version.  However, I doubt there will ever be a PG version of Rocketman so let me just tell you this is definitely a RATED R tale.   Reportedly, Elton John fought hard against a PG-13 rating stating “I just haven’t led a PG-13 rated life.”    If you are planning to take kids under 17 you may want to understand there is a lot of drug and alcohol abuse…. a suicide attempt….and  steamy sex scenes between Taron Egerton (Elton) and Richard Madden (John Reid) plus a fantastical orgy scene.  Not judging…just warning…… since I know my audience is full of parents.  Click here for the official IMDB parents guide.

Bottom line…. the movie was extremely entertaining, and the time flew by so I was stunned when the credits starting rolling.   Frankly, I was disappointed when it ended because they basically halted the story somewhere near 1990.   They do show photos and flash-forwards of the rest of his life during the credits which somewhat appeased my need to know the rest of the story.

The best part of my evening was being invited to the “after party” at Tavern on the Green.  The newly renovated restaurant is breathtakingly beautiful.  I texted my boys to tell them I was at a party with Rami Malik, Zachary Quinto, Claudia Schiffer, Taron Egerton, Bernie Taupin, Bryce Dallas Howard, Tate Donovan, and Richard Madden .   They were Googling most of the names to decide if this was cool or not when they realized that Richard Madden is Robb Stark from Game of Thrones.  My youngest texted back:  “No way. Mom-get a picture with him. You have to.  I don’t care about any of those names except Robb Stark you HAVE to get a picture with him.”

I couldn’t disappoint my children.   I tapped the gorgeous man on the shoulder and told him my kids won’t let me come home without a photo.   He replied in his lovely Irish brogue….”Well, we must remedy that right now.”  Too bad I didn’t have the flash on. 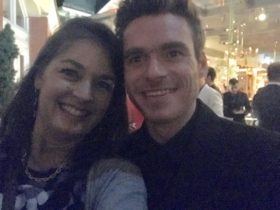 Following are official photos from the event: 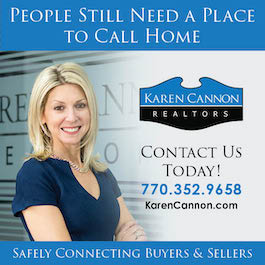