Thoughts from Lauren about being Asian……. 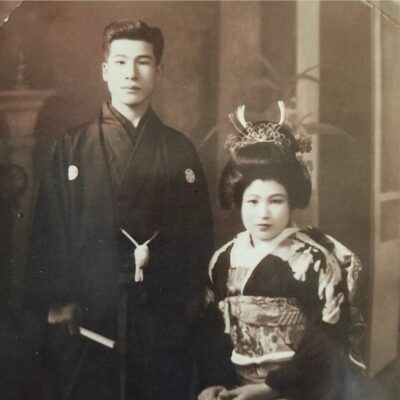 by Lauren Townsend for The Aha! Connection
reposted from the 5/30/21 The Aha! Connection Facebook page
On the final days of AAPI Heritage Month, I am inspired by my mother telling her story for her volunteer organization. I am half Japanese and my mother was born in Japan before she and my grandmother immigrated to Texas.
I was naively unaware that I was different until 6th grade. A girl at my lunch table wore a shirt that said, “Made in the USA, not Japan.” When someone asked her about the shirt, she said that she hated Japan and how they made a bunch of cheap junk and then pulled her eyes back and did a whole ching, chong thing. It was the only time I ever cried at school. I can look back now and know that this girl was only spouting off what someone in her family had taught her. 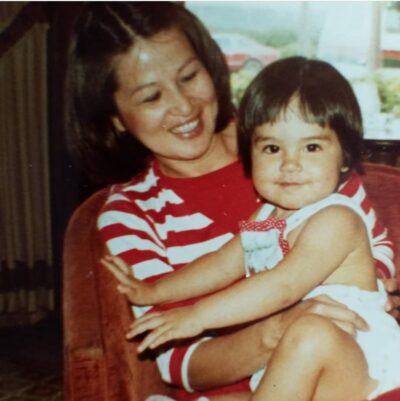 I grew up in a community similar to Dunwoody. Minorities were indeed the minority and I learned in 6th grade that I would always look different. It was no one’s fault, but the jokes about being Asian were acceptable, indifferent racism making the suffering confusing. Standing up for how it made me feel would only expand the gap between them and me, into a chasm. The words and actions that you say in front of your children are heard, even the ones you don’t want them to. Even when you whisper.
It took becoming a mother to learn to be proud and embrace my Japanese roots. I love that my mom and I get to share our culture with my kids with pride. I love that when two boys in my daughter’s 2nd-grade class made slant eyes and started making fun of Asians, she wasn’t afraid to tell them how it made her feel and stand up for herself. 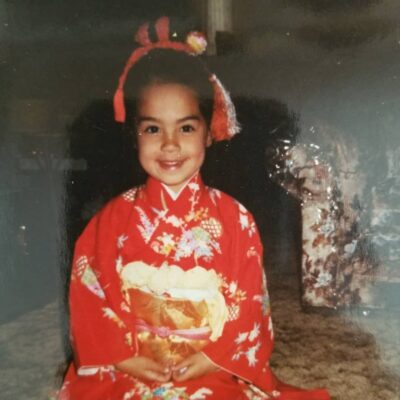 AAPI Heritage month comes to a close in a year that has seen more anti-Asian violence than any other here in America. Asians helped build this country as cheap labor since the mid-1800s. When the Congressional Exclusionary Act was passed, it restricted the immigration of people based on race, specifically Chinese. Asians have been separated physically through internment camps and segregation and more intangibly through stereotypes. I’m not trying to change the world with this post but would like for you to take a breathe before you say something out loud. That’s all and just love us like you love our food.

5 thoughts on “Thoughts from Lauren about being Asian…….”

Reposted from @cityofdunwoodyga
The @dunwoodypolice inaugural Teen Police Academy is underway! This is a great way to connect with the next generation as part of the department’s community policing efforts. #Dunwoody ...

Happiest Father's Day to Kirk, Trevor and Lynn, none of whom really care that much for social media. But we love them and wish yours a happy day too! ...

Reposted from @cityofdunwoodyga
New friends are waiting to see you at @perimetermall in #Dunwoody! Check out the Meerkat Meetup, an exhibition filled with vibrant-colored meerkat sculptures made of recyclable plastic. They’re only here for a limited time. Learn more using link in bio. @discoverdunwoody ...

Reposted from @goodnews_movement
Starting in January 2022, writer and poet Maya Angelou and the first American woman to fly in space astronaut Sally Ride will appear on US quarters. The U.S. Mint will release up to 20 female trailblazers over the next four years. Each woman will be honored on the tails side of the coins as part of the American Women Quarters Program. The U.S. Mint is asking the public to submit suggestions for women to be honored on future quarters. ...

Wishing peace for those who lost someone while defending our freedom. ...