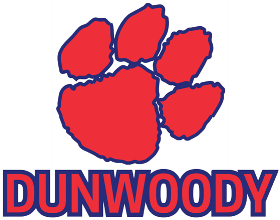 Submitted to The Aha! Connection from the Dunwoody High School Construction Advisory Commitee

As our community is aware, Dunwoody High School (DHS) is scheduled for a renovation and expansion funded by eSPLOST V.  DHS was built for a capacity of 1,505 students.  DHS currently has about 600 students over that capacity and, according to DeKalb County School District (DCSD) projections dated November 29, 2018, we are projected to be about 840 (i.e., 243 additional students) students over our current capacity in the 2021-2022 school year.

The Construction Advisory Committee (CAC) for DHS, which is comprised of Ms. Cole (DHS principal) and five DHS parents, recently had its preliminary design meeting with multiple representatives of both DCSD’s construction team and the architecture firm retained for this project.  The project is now in the schematic design phase.  It is our understanding that DCSD is proposing to increase its investment in the DHS expansion project to meet updated capacity projections and to address increases in construction costs in the area.  It is important to note that the expanded project is not for 1,000 “new” students (as we have heard mentioned from time to time in the community), but rather is intended to accommodate the 600 excess (over capacity) students that already are attending DHS, as well as the additional population growth of 200-300 students that DHS is projected to receive over the next few years.

While the project design is just beginning, CAC representatives were able to see some initial concepts and are encouraged by these discussions.  Some specific items discussed relating to project scope were the following:

DCSD’s intent to shift additional SPLOST dollars to DHS (above what was originally planned) will allow the project to meet future projections and more adequately address common area spaces for the students and teachers in our DHS community.  Since DCSD has decided that changes to the scope of various projects are appropriate in light of the recent projections, and due to the increased construction costs in our area, we understand that the DHS project, as well as other projects included in eSPLOST V, are anticipated to be presented to the Board of Education in May and brought for a vote in June.  With respect to DHS, we understand that the Board will have before it at that time for a vote both the change of scope and an increased budget.

We look forward to continuing to stay a part of this process, and we hope to have full support in helping to make the most of this considerable investment into Dunwoody High School.

2 thoughts on “Update on the Dunwoody High Construction Project”