by Audra Anders for The Aha! Connection 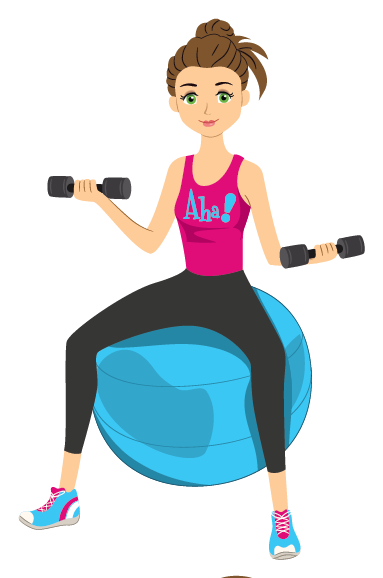 I have big plans to try as many fitness options in and around the Dunwoody area as I possibly can.   My goal is to keep working out with Beth (my favorite option) for two days each week but to add one, maybe two days of another type of exercise to my weekly routine.  I’m a long way from making a decision and have many places on my list to scope out…. but after trying CrossFit Dunwoody last week it’s currently at the top of my list to round out my weekly fitness regimen. 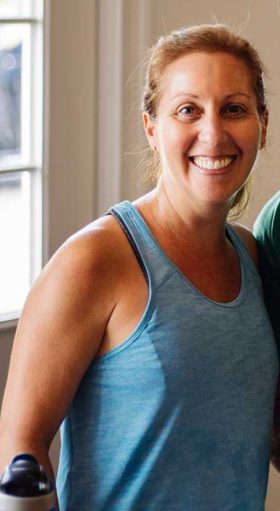 My friend Marcy invited me and our mutual friend Polly.  Marcy has been raving about Cross Fit Dunwoody for a while so I asked her for a quote to share about why she loves it.  Here’s what Marcy had to say:  “I was so excited that Audra came to Crossfit Dunwoody and I got to share with her the amazing community that I am a part of.  I love the location in Dunwoody Village and the people I have met there.  Crossfit Dunwoody is more than a place to work out.  It’s a truly a community of support inside and out of the gym.”

Finally, I wanted to tell you about the super sweet, fun, charming and smart owner of Crossfit Dunwoody.  I interviewed  him and also had him email  me more information about his story.   The following information will make this edition of my Fitness Blog longer than the others but for those of you interested in learning more I really think you’ll enjoying hearing about Glen so here goes: 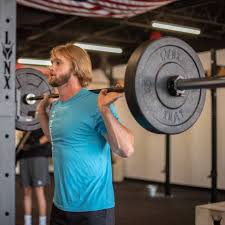 Glenn Dorris is an Atlanta native who grew up just down the road from Dunwoody.  Growing up, Glenn played just about every sport and ended up focusing on Lacrosse and Football in High School.  After High School, Glenn attended Harvard University where he majored in Economics and was a member of the Football Team and won two Ivy League Championships.  Glenn was a 3-year starter at Middle Linebacker.

After Harvard, Glenn moved back to Atlanta and spent the next 8 years trying to find his calling.  During this time, Glenn coached football at the high school and college level and explored different types of exercise to achieve his health and fitness goals.

It all started to come together for Glenn when he discovered CrossFit in 2014.  Like many people who have never tried CrossFit, Glenn was a little unsure and nervous about CrossFit training.  A few minutes into his first workout, he knew he had found what he was looking for.  A whole story could be written about what Glenn grew to love about CrossFit and inspired him to open his own CrossFit affiliate.  But to put in simply, he fell in love with the community that develops within a CrossFit gym and the variation of the workouts.  He never get bored of going to a CrossFit gym because of the awesome people and the constantly varied workouts.

Glenn chose Dunwoody to open his CrossFit gym for two reasons.  Number one, Dunwoody didn’t have a CrossFit gym or any other sort of functional fitness training facility.  The idea of being the first in an area and having the opportunity to introduce CrossFit to people for the first time was very exciting.  A top priority was creating an environment that welcoming to anyone and everyone, regardless of their level of fitness experience. What better way to do this than to build a membership base of people who had never done CF before – they would always be able to relate to the new person who was beginning their CrossFit journey.  Secondly, Glenn chose Dunwoody because he wanted to be in a community where people put down roots.  CrossFit can be for a lifetime.  It is not just a fad you try and burn out after a few months.  Glenn wanted to establish a core membership base that could be a member at CrossFit Dunwoody for as long as they lived in the area – which for most people in Dunwoody is a long time.

These past 18 months have seen Glenn’s vision of CrossFit Dunwoody come true and it continues to grow and become even better than he expected.  The main reason for this is the amazing people of Dunwoody who have created a unique and fun community and the unbelievable Coaching Staff who take care of each members individual fitness and health needs.  Glen says the best part of the last 18 months has been the transformation of the members at CrossFit Dunwoody.  People are losing weight, getting stronger, running faster, feeling better, and meeting their goals both inside and outside the gym.

Glen will let you try CrossFit for free!  Click here to choose a class!  I went to the Friday 8:15 class and it was awesome!   Check the website for all of their pricing options.  I love the variety and flexibility of the pricing plans.  You can sign up for unlimited classes each month, 12 classes per month, a 90 day 10 pack or pay a fee to drop in anytime!

I have so many more fitness options to try but wouldn’t be surprised if I end back up at CrossFit Dunwoody with all the fun folks in their “family”!