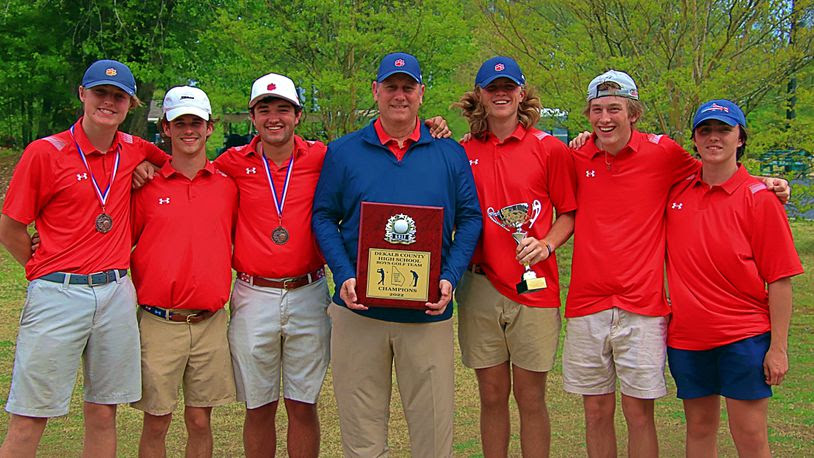 Dunwoody Boys Golf wins the Dekalb County Championship for the 13th time. They shot 317 and beat Lakeside by 29 shots. This is the 19th title for the Wildcats and Coach Friedlander.

Braeden Rice defended his medalist title by shooting 74. Rice trailed by 5 shots at the turn but birdied the final hole to overtake Chamblee’s Ethan Santucci and win by a stroke. Rice reached the par-5 18th hole in two shots and his eagle putt just rolled by the hole.

Rice is the first repeat winner since Dunwoody’s Ryan Elmore who won four in a row from 2010-13.

Dunwoody’s Ross Ackaway was fourth at 79, Caden Smith was fifth at 80, Jackson Moore was seventh at 84, Josh Dwoskin tied for eighth at 85 and Bradley Stone was 10th at 86.