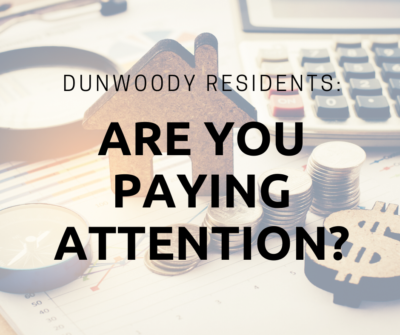 Adrienne Duncan, the current Dunwoody Homeowner’s Association President, and I had coffee a few weeks ago and she encouraged me to attend a DHA meeting.    I think she was surprised that I’ve NEVER been to one.  I decided to take her up on the invitation and attend the 2/9 meeting.

I’m going to try to be short and sweet and not opinionated while also letting you know that I think the homeowners of Dunwoody should be paying attention….

Following are the highlights…and remember this was my first meeting and these are my personal notes and possibly not 100% accurate since many of the terms were new to me:

Apartments/Condos/Townhomes as part of the Dunwoody Village Overlay:

Boundaries of the Village Overlay:

The Dunwoody Planning Commission votes on the overlay plan on 2/11.  Their recommendation will then go to City Council for a vote.   The public is invited to attend and there are opportunities to speak at both Planning Commission and City Council.  You can find more information and all the details of the plans on the DHA Website and the City of Dunwoody Website.

*Update:  The DeKalb Board of Education voted on and approved the following items on 2/10. Plus Stan Jester announced he is not running for election again.

The wonderful women who created Educate Dunwoody also spoke at the meeting to let everyone know that the DeKalb Board of Education will be voting tonight (Monday) about the overcrowding relief.   Big surprises were reported on Friday to the plan.    Go to Educate Dunwoody’s Facebook page for specifics.  The biggest changes (as I understand them) are:

Sally Harrell is proposing a new constitutional amendment to allow a portion of the gas tax to be used for public transportation.   Currently the gas tax can only be used for roads and bridges.  Therefore, even if everyone wants a train for public transportation to be built all around the middle of I-285, there’s no money to pay for it.  Hence, roads are built instead.  There was much discussion regarding the unlikelihood that this proposal will pass (rural Georgia gets to vote too).  Harrell is trying, nonetheless.   Meanwhile those who live or work near I-285 and GA-400 are impacted with less and less buffer space.

You might need to clear your calendar for the next DHA meeting?   Check out the details for the next meeting and their materials from last night’s meeting on their new website. 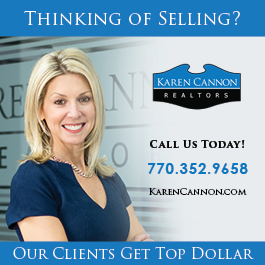