From the Dunwoody Police:

We often take reports for package thefts in our city. It’s important for us to understand that package theft is often a crime of opportunity which can be prevented at times. It frequently happens when home owners are not home and unable to bring packages into their home. These types of crimes may often be avoided by taking the certain steps to create visible and physical barriers to protect your property. … Read More »

From the Dunwoody Police:

On July 9, 2019 between 6:30PM and 7:45PM, two suspects forcefully entered approximately 20 interior storage units from the Public Storage facility located at 4340 Dunwoody Park South in Dunwoody and removed several items. Thanks to our detectives, a suspect was quickly identified and warrants were obtained for his arrest.

I wanted to leave you all with some safety tips for those of you that may have property at a self-storage facility:

Take an inventory of items in the storage unit. … Read More » 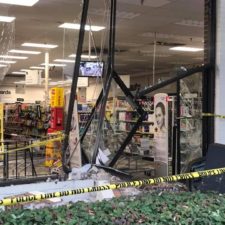 I borrowed this picture from a friend’s FB page. This is the Jett Ferry CVS. Apparently someone stole their ATM machine Tuesday night. CVS is open! Thanks for the scoop Heidi.… Read More »

We have received several reports of pickpocketing in the city recently. In the most recent incident, the victim was eating lunch at a restaurant when a male suspect bumped into her chair where her purse was hanging on the back. Shortly after, the victim received fraud alerts stating that the card was attempted a nearby department store.… Read More »

Police: Escaping shoplifting suspect threw himself over balcony of Perimeter Mall onto 5-year-old below

One of the Dunwoody officers grabbed hold of the suspect and was trying to take him into custody when the suspect threw himself over the railing from the second floor. Both officers were holding the suspect up by his arms while he was suspended in the air.

The suspect kept wiggling until the officers couldn’t hold him any longer – causing him to fall from the second onto a 5-year-old child below.… Read More »

Note from Audra:  This has NOTHING to do with Dunwoody and surrounding areas.  I’m simply posting this so you can be aware that this is the second incident I’ve heard about with malice associated with Fornite chatting.   The first being DHS kid who was “swatted” by a fellow gamer out of the country and accused of threatening his school.… Read More »

On Monday, November 26th, Dunwoody officers responded to two reports of purse snatching in the food court at Perimeter Mall. In one case, the victim and her friend were having lunch when the suspect approached their table and snatched her purse from the table. In a second incident, a female was sitting outside of the Forever 21 retail store when the suspect walked up to her table and snatched her purse from her.… Read More »

Info regarding students on lockdown today at several schools including DHS, PCMS, DES, Austin and Vanderlyn

From Audra:  I woke up this morning to a string of texts showing me screen prints of conversations between an innocent Dunwoody kid and someone who “swatted” him/her.  It appeared to me that the Dunwoody kid was being hoaxed.  I talked to two people (that I completely trust) before 6 AM who know the Dunwoody kid and firmly believed he/she was innocent.  … Read More »

Dunwoody police are investigating claims that a man tried to lure a middle schooler into his car Tuesday morning as she waited at the bus stop.   Continue at WSB… Read More »

On this past Thursday evening (10/25) into the early hours of Friday morning, officers began to receive multiple reports of vehicles being entered in residential neighborhoods in the northern part of the city. The suspects entered the vehicles by pulling on door handles to see which vehicles were left unlocked. Many of the unlocked vehicles had valuables left unsecure inside the vehicles including car keys.… Read More »

Roswell police on Monday arrested a high school teacher and swimming coach who allegedly molested and raped a 13-year-old girl. Preston Paris, 32, was a teacher and coach at Chattahoochee High School in Johns Creek, according to a news release from the Roswell Police Department.  Continue at the AJC… Read More »

Are there any registered sex offenders in your neighborhood?

I’ve been getting lots of emails about a “new” registered sex offender moving into a Dunwoody neighborhood where several of my friends reside.   Neighbors are rightfully concerned and doing all sorts of background checks on this newly nearby resident, notifying schools, and warning their children.  Rather than singling out this one guy, I decided it would be more prudent to give you free resource to simply check your neighborhood. … Read More »

If you’ve been following 11Alive’s coverage of the Brookhaven fatal shooting, you’ll know this isn’t Myrick’s first run-in with the courts.

The shooting victim in the July 8 robbery and shooting just outside a private club in historic Brookhaven following a wedding reception there has died, and the Atlanta Police Department is upgrading the charges against the suspect to include murder.  Continue at MDJ Online… Read More » 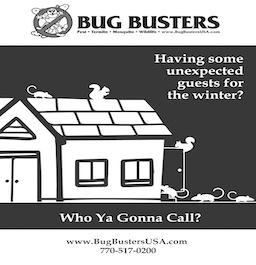 There are many ways to honor the legacy of Dr. Martin Luther King, Jr. around Dunwoody, Atlanta and virtually. Check our Facebook page for some ideas. ...

On 12/24/20 at approximately 12:40 p.m. three unknown black males entered the Macy's Department Store at Perimeter Mall and committed the criminal offence of shoplifting. When confronted by the store loss prevention officer, one of the suspects brandished a handgun and pointed the weapon at the mentioned store associate. All three suspects fled the store into the parking lot. The associate did not see the particular vehicle the suspects may have left in.

Anyone with information regarding this incident or the identity of suspects involved is asked to contact Dunwoody Police Department Case Detective: C. Gilbert at 678-382-6997 caleb.gilbert@dunwoodyga.gov or submit an ANONYMOUS TIP at https://bit.ly/DunwoodyPD_Submit_a_Tip ...

Our top posts of 2020 with the largest reach. As we reflect on all we suffered in 2020, it is inspiring to also look back on all the stories of perseverance and community support. ...

Michael's wine is available at @vinovenue 🥂 100% of the proceeds from this delicious Italian wine go to Sarcoma research. ...

Merry Christmas to you and yours from the Aha! families. ...

No waiting for early voting at the Dunwoody library. Thank you to all the staff and volunteers that made it such an easy process. ...